The Dogs Outside The Gate

Queston: Do we actually want to be referred to as DOGS??  Has anyone, outside of myself, ever observed dogs; around other dogs???  The following, hopefully, will be a begining.  A begining, of expanded projects; on this topic of interest.          Stay Connected. 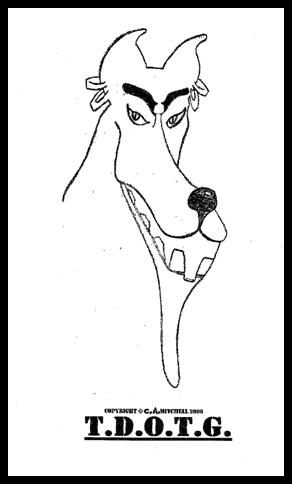 Where my dog at?  He's outside the gate:  running down; wearing down, humping down, and leaving down, every bitch in the cut.  Many pups bear his mark; he protects and provides for none.

Where my dog at??   He's outside the gate:  now, he's running down; licking down; even humping down, "his dog".   He and his : sex every; love every; even, sire every  bitch.  But, when they get that itch;   they bite; lick; and , play with each other.  Then mate with each other.

Today we point fingers, and gloat.  Tomorrow, we’re in, that very same boat.  Live And Let Live.   For, we might run fast, but karma is faster.

For more information on present and future projects of C.A. Mitchell;

Explore and monitor your or other person's Instagram content with all the statistics in a new and better way on Instagram viewer.
Thursday, November 5th 2020 @ 7:29 PM

When I first wrote TDOTG; it was suppose to be an outline, for a play, that I wanted to write. As I began writing, it began to flow, like a poem. So, I left it, as such. {Exuse my grammer} Now, it has evolved into an E-Comic Strip. It is presently located in the Photo Gallery Section, of [firenbooks.bravehost.com]. One day, I hope to develop TDOTG into an animation; and into a stage play, as well. I am inspired by the works of Tyler Perry {Madea Goes To Jail & Diary Of A Mad Black Women }and Aaron McGruder {The Boondocks}. In closing, it was not my intention to judge or offend anyone. Because, if you really think about it; every man and woman, is represented by one of the chapter sketckes. For we all have sinned; needing God's Healing and Forgiveness: I know I do. How about you? May The Creator Bless you all. Please, continue to visit Firenbooks; and, bring a friend.